In the wake of this week’s asteroid strike, the world now has stunning photos of the first ever planetary defense test. Hubble and Webb space telescopes captured dramatic images of the event. SpaceX followed NASA in announcing that they’re exploring the feasibility of sending a private mission to Hubble. This mission could be led by a billionaire, to raise the aging telescope’s orbit and extend its life. 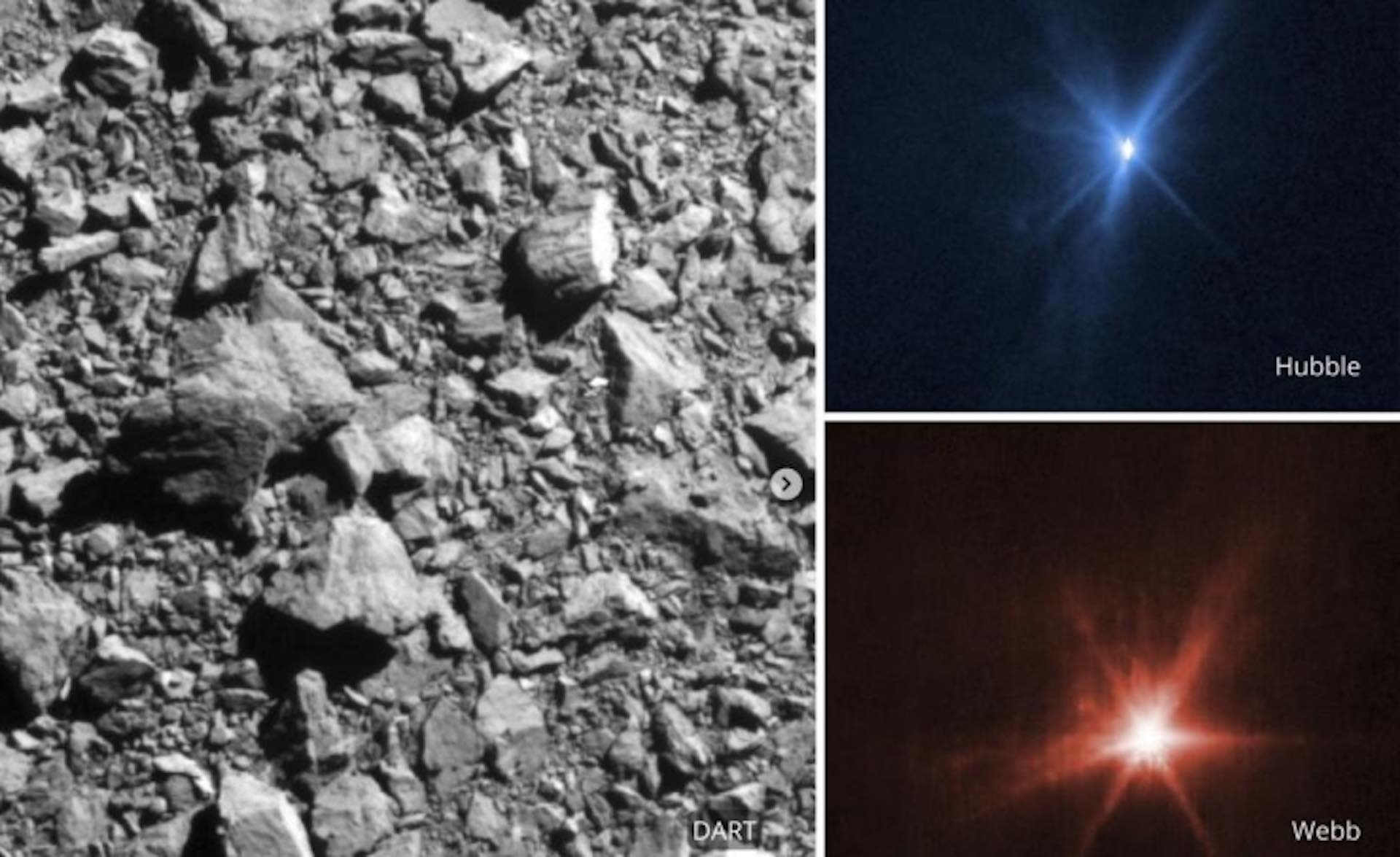 NASA’s Dart spacecraft slammed into the harmless space rock Monday in an attempt to alter its orbit, watched by telescopes on all seven continents. It won’t be known for sure until November. However, the results are expected to boost confidence that the technology could be used if a killer asteroid passes close to us in the future.

This collection of pictures will help scientists learn more about Dimorphos, which took a punch and ended up with a large crater. Recent photos show bright rays emanating from the impact site as a result of streams of rock and dirt hurtling into space. The brightness of this double asteroid system – the 525-foot (160-meter) Dimorphos is actually a moonlet around a bigger asteroid – tripled after the impact, according to NASA images.

In the coming weeks, Hubble and Webb will continue to observe Dimorphos and its large companion Didymos. The Dart mission cost $325 million to launch last year. Johns Hopkins University’s Applied Physics Laboratory in Laurel, Maryland, built and managed the spacecraft. Hubble, which was launched 32 years ago, may have another 10 years of life left, NASA officials said.

Property deals worth $2.2 billion in Dubai this week

Google is planning to lay off 12,000 employees