In the first defence test of its type, a NASA spacecraft intentionally smashed into an asteroid to alter its trajectory. DART (Double Asteroid Redirection Test) was the first mission to attempt to direct a dangerous object by using a direct experiment, according to space mission director Thomas Zurbuchen. 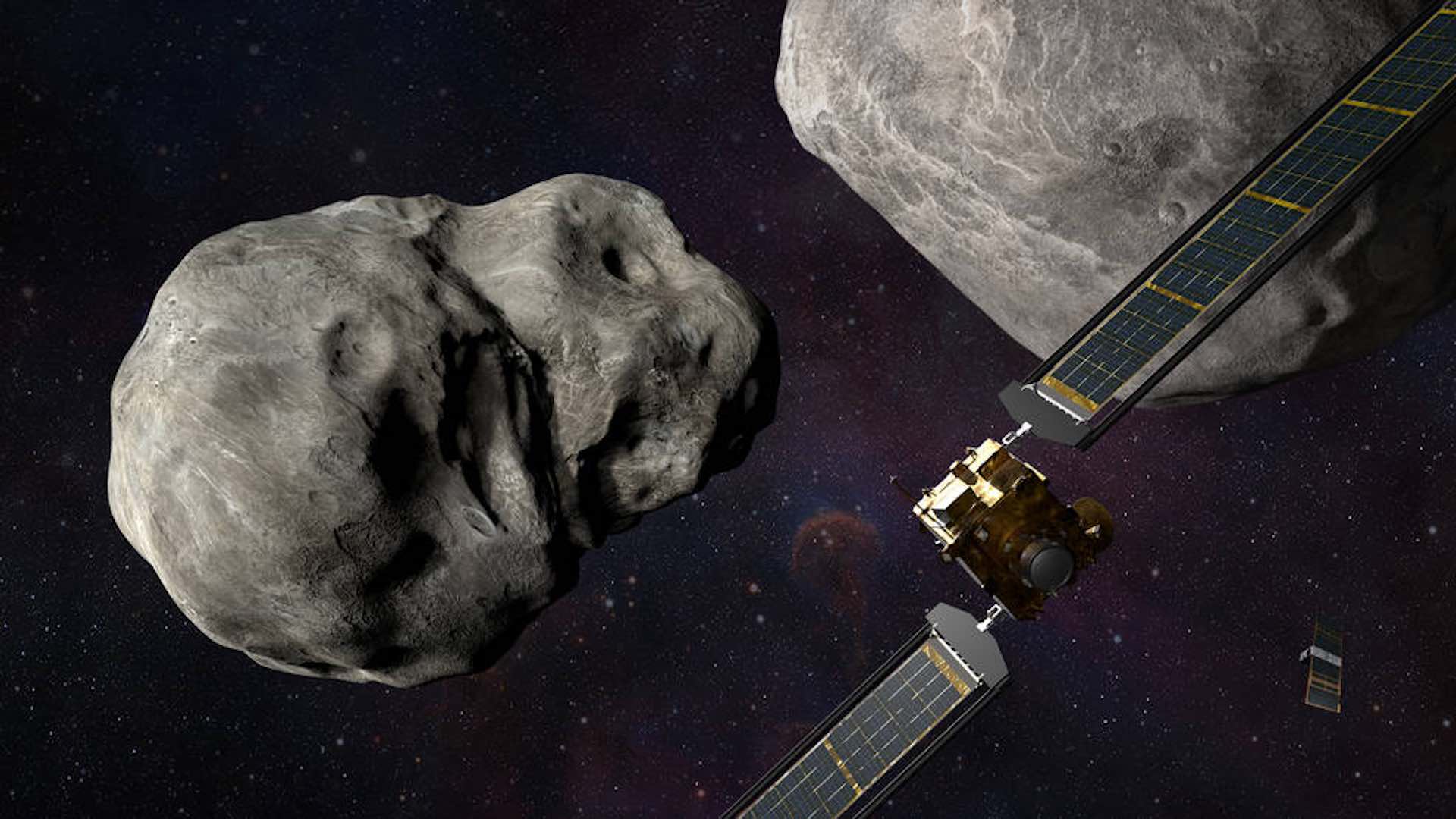 NASA tweeted impact success shortly after the asteroid Dimorphos collided with the vending machine-sized spacecraft at 2314 GMT Monday. Dimorphos is the size of a football stadium and poses no threat to Earth. As the unmanned probe approached the asteroid, the space agency live-streamed its approach.

As the spacecraft’s camera transmitted images to Earth about an hour before impact, the asteroid Dimorphos appeared as a bright dot, then grew in size until it became visible with surface detail and shading – until the camera was destroyed on impact, leaving a red glitch on the image. In the aftermath of the impact, the real scientific work begins, according to NASA scientist Lori Glaze. Dimorphos’ roughly 12-hour orbit will have changed as a result of the probe’s impact, and if so, how much.

Even after the probe hits the asteroid, the mission is designed to ensure that there is no danger. NASA hopes the mission will provide insight into how Earth can be protected from approaching near-Earth objects (NEOs). NASA established the Planetary Defence Coordination Office (PDCO) in 2016 to provide early detection of threats from NEOs of a size large enough – starting at about 30 to 50 metres – to damage Earth’s surface and to track their paths.

In Mexico’s Yucatan Peninsula, an asteroid impact some 66 million years ago that left a huge crater is believed to have led to the extinction of dinosaurs by many scientists. DART was launched from California aboard a Falcon 9 rocket in November. The spacecraft measures 1.8 by 1.9 by 2.6 metres and weighs 610 kilograms. The 160-metre-diameter Dimorphos orbits the larger asteroid Didymos like a moon.

India signs a train deal worth 3 billion euros with Siemens

World in a better place after four years of pandemic –…

Updated and exciting features to be showcased at IDEX and…