The UAE Foreign Minister meets his German counterpart in Berlin

As part of his official visit to Germany, H.H. Sheikh Abdullah bin Zayed Al Nahyan, Minister for Foreign Affairs and International Cooperation, met with Annalena Baerbock, Minister for Foreign Affairs of the Federal Republic of Germany. During the meeting, the two top diplomats discussed ways to enhance relations between the two friendly countries in a variety of areas. 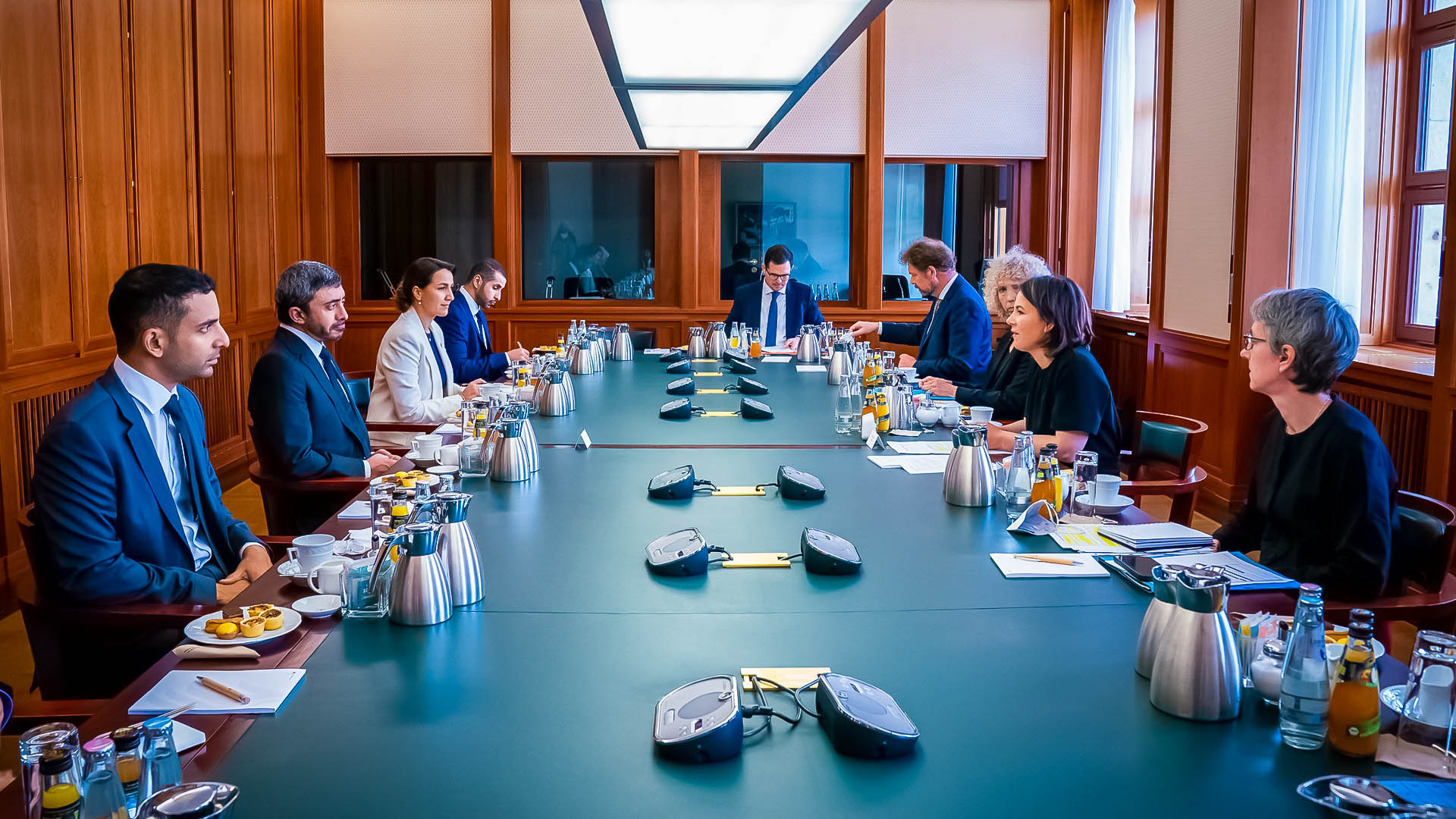 The two also discussed recent regional and international developments, such as the crisis in Ukraine. They also discussed the importance of strengthening efforts to reach a political settlement, and their efforts to prevent the conflict from escalating. Minister Baerbock and Sheikh Abdullah further discussed issues of common interest, such as the future stability of global energy and food security, as well as market conditions.

Sheikh Abdullah bin Zayed’s visit was welcomed by Berbock, who extended condolences on the passing of the late Sheikh Khalifa bin Zayed Al Nahyan. Furthermore, she wished the UAE continued growth and prosperity under the leadership of His Highness Sheikh Mohamed bin Zayed Al Nahyan. She praised the Emirati-German strategic ties and shared the desire to foster them across all sectors.

Sheikh Abdullah thanked the German official for her condolences, and stressed that the UAE, with the support and patronage of President His Highness Sheikh Mohamed, is keen to strengthen its strategic relations with Germany in a way that benefits both countries, and contributes to the establishment of peace and security across the globe.

Bahraini commitment to peace is highlighted at the World Economic Forum

SCO and G20 Presidency of India will strengthen world…

Global warming will not stop half of the glaciers from…